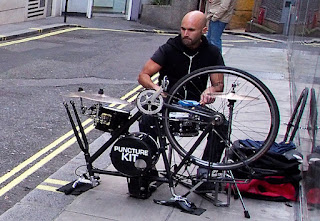 Constantly reassessing your musical purpose is the only way to continue being relevant.
Posted by Cafe Rider at 11:03 PM

Cafe Rider
Jazz musician, composer, educator, mentor. There's some advantage to having spent your whole life outside the box. I have become a blogger in the hope of sharing some of it.